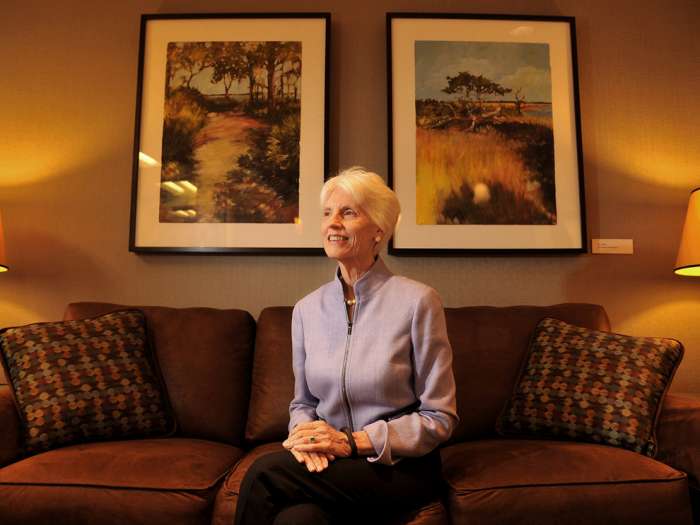 At 5 a.m., Julia Taylor turns off the alarm clock at her Amelia Island home and rises for a round of exercise. She’s always enjoyed the peacefulness of the early morning and finds it’s her best “thinking” time.

Then Taylor sets off on what inevitably will be a busy day in what has been a busy year. She may be retired from the business world, but her community activities are nonstop.

Her friends aren’t surprised to get a before-dawn email from her, though they may not see it until later. “She doesn’t lollygag” is the way Peggy Bryan puts it.

“You can’t help but want to be a part of whatever she’s doing,” said Bryan, who’s known her since kindergarten.

Delores Barr Weaver said she’s the epitome of a good leader who thinks outside the box.

Nina Waters said she listens to others and is the perfect combination of persistence and patience.

As president of the Women’s Giving Alliance in 2013-14, Taylor drew on these qualities to increase the organization’s size, scope and diversity. The alliance is a group of women who pool their philanthropic giving. These accomplishments led to Taylor being named the recipient of the EVE Award in volunteer service.

Click here to read the rest of the story!