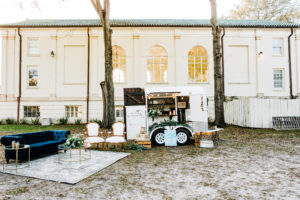 Construction on the Riverside Mormon Church, designed by an in-house architect with the Latter Day Saints Architectural Department in Salt Lake City, concluded in the summer of 1926 with the current traditional colonial building we meet in today.  When the Junior League of Jacksonville purchased the building in 1979, very few improvements had been made to the original structure, which still housed its original kitchen and restrooms. Renovation plans drawn by local architect W. Stanly Gordon were completed with funds raised from a matching grant by the Charter Company, thirty-eight additional companies and hundreds of individuals.

The need for a permanent home-base for League activities became evident with the ever-expanding number of volunteer projects spearheaded by the members year-round.  It was through this community service that the League became aware of the fact that the building could also meet the needs of local individuals and organizations.  In December 1980, the Junior League of Jacksonville opened its Riverside House facilities to the community and its many organizations.  With this in mind, the Riverside House offers its board room, auditorium, reception hall and kitchen to the public at a reasonable rate.

More than 50 agencies and community organizations have regularly held meetings, seminars, lectures, recitals and fundraising events at our facility.  The use of Riverside House by the community is an extension of the Junior League’s efforts to be involved in all aspects of Jacksonville’s broad scope of activities and needs.  By opening the Riverside House to the community, and offering a special non-profit rental rate, the Junior League has indeed provided Jacksonville with a much needed service.

The Riverside House is the perfect setting for wedding ceremonies and receptions and provides a beautiful atmosphere for any celebration.